The Banded Kokopu, A Kaipara Local

The Banded kokopu is listed as a ‘regionally significant species’ and is an amphidromous fish, spawning in estuaries and sea from autumn/early winter. To be able to return to freshwater in spring larvae are skilled climbers and well known as whitebait (West, Crow, David, Ling, & Allibone, 2014). However, the population has declined, mainly due to loss and degradation of habitat. The New Zealand large galaxiid recovery plan, 2003–13, conducted by the DOC, allowed time-bound management actions and research needs to counteract threats (Department of Conservation, 2005). This specimen of banded kokopu found on an assessment site was an adult approx. (14 cm), most likely going to the estuary to spawn.

This observation has important implications for the whole catchment affected by the urban sprawl as historically man-made drains associated with the draining of swamps and land reclamation do provide habitat for native fish. The discovery of this species near future development sites such as ‘Mangawhai Central’ highlight the need to consider ecological implications and methodologies to the construction of infrastructure. Fish need to be able to swim upstream to natural living areas. Without fish ladders (both natural and man made) the fish will not be able to complete their natural life cycle and numbers will decline. 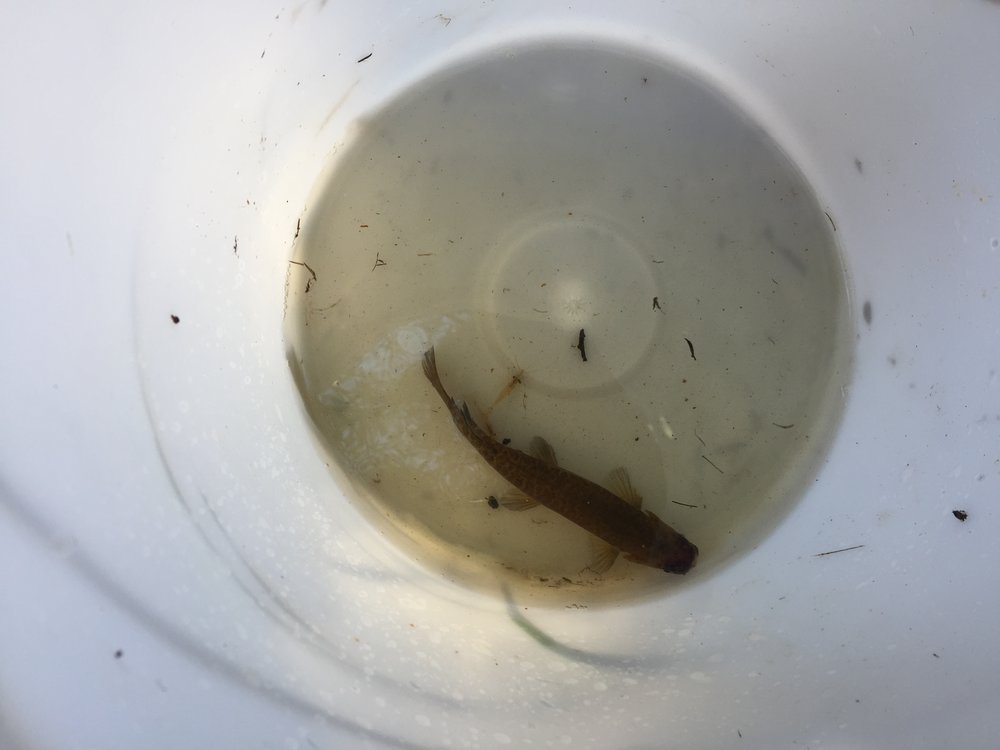 This Banded Kokopu was found in a modified stream channel that exits into Mangawhai estuary.